I grew up in a family of do-it-yourselfers. My father (a Machinist by trade) never hired anything done, so my brothers and I learned most all skills and trades. It all started In 1946 when my father and my 2 Grandfathers built the house I grew up in right after WWII on his return from the South Pacific Campaign. The little house in the Houston Heights is still there and it still looks as good as it ever did. My Dad built 50 stools for the school in which my brothers and I attended, I still have one today as inspiration and of course decoration.

By the time I was 5 or 6 my oldest brother who was a teenager started to build furniture. The first piece was a Mahogany Gun Cabinet which also is still in the old house today. He is still building furniture today 60 years later. My middle Brother started painting cars for folks, and I was his helper. Mostly sanding and masking was my job but learned a lot about working with finishes.

In 1976 I entered the working world and a designer in a Facilities Engineering group. This job changed my life forever. I have been in this industry for over 40 years and have designed and supervised people and construction all over the world. I have raised 3 kids and built or helped build 3 residential homes, one which I have lived in for the last 30 years.

In 2012 I lost my middle brother to heart failure brought on by Kidney disease. Cleaning out his shop we stumble on his Delta Unisaw. Although this saw was nearly 20 years old it looked new. It was a big machine and I knew if I took it I was going to have to commit a large portion of my shop to the saw. Well, that is how Comardo Coach Works started, an inherited saw and 50 years of education in building and designing all came together like a God sent revelation.

Why the name Comardo Coach Works?

Well, there are several reasons, one I am an RV’r and I thought I could do custom cabinet work for other RV’r for TV’s and Refrigerator installs. Plus I am a history buff. I have always been fascinated by vehicles and the Stagecoaches, Buckboards and Buggies are works of art in their own right. And if you know old cars like I do you might remember the "Body by Fisher" door seals, it was a coach. This may not matter or make sense to anyone but me, but that is the name I wanted. 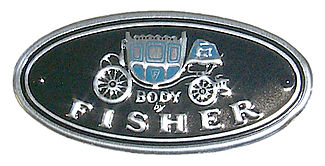 Today CCW is housed in a 1000 square foot shop next to my home in Sugar Land, Texas. I have a liberal collection of the best non-computerized woodworking equipment available. I want my furniture to be built by hand and by look and by feel. I use century-old joinery techniques using modern powered tools. I try never to use metal fasteners unless the piece needs to be disassembled for transportation or relocation.